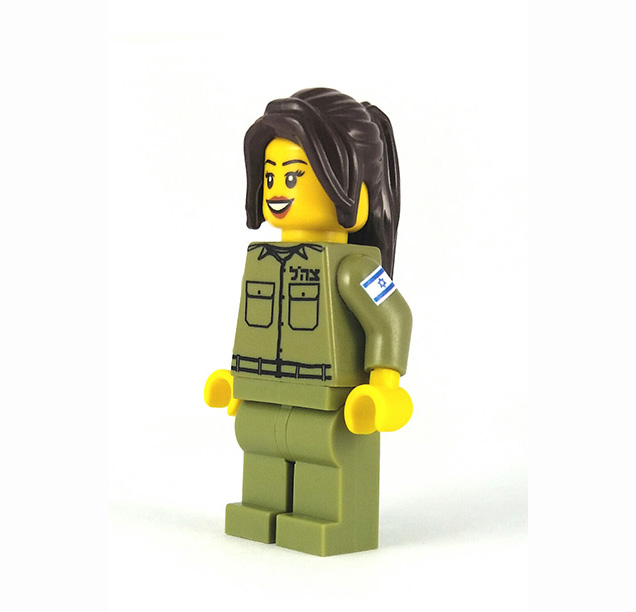 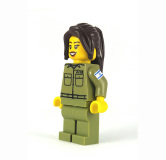 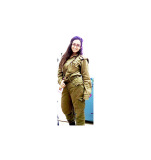 She began her two year service in the Combat Intelligence Corps of the IDF in August 2015 at the age of 18.

She is very musical, sings and dances very well. She crochets purses and bikinis and always has time to talk to her Baba and Zeida who live in Canada.

Her mother made Aliyah in 1988 where she married an Israeli musician and had two children.

Eden's older brother finished his 3 year army service only a few months prior to Eden's induction.

Eden still has some trepidation with her position in the army, but she knows that her position is one of great responsibility and not only is it service to her country, but a family tradition as well.

The color beret of her unit is tan which we sell separately.

We love the IDF and know you do too!

Limited Edition! You won't find these anywhere else.

The torso is pad printed the same way the Lego® company does it! The Israeli flag arm patch is digitally printed. These are genuine Lego® mini-figures with our custom printing.

Note: This item is the Mini-figure and hair only. We also sell accessories and they are sold separately. Accessories include: helmet, berets, radio, binoculars, M-16 rifle, Tavor rifle.

This is an independent site not authorized or sponsored by the LEGO Group.