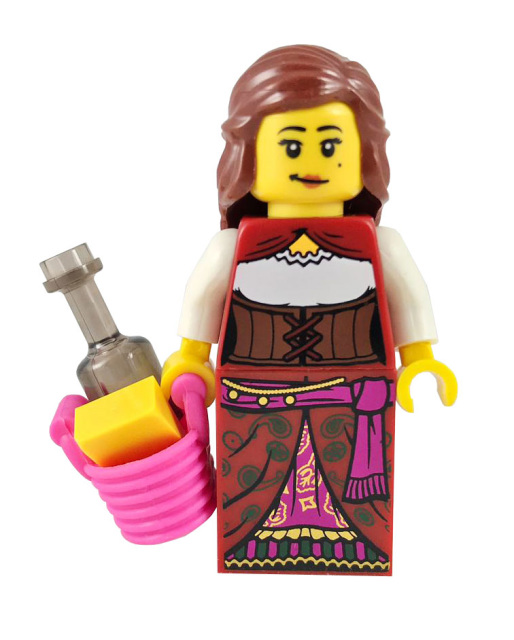 Jewish heroes in history - a new Minifigure series from jbrick!

(LIMTED TO JUST 20 copies & only 2 per order/household please)

Our first heroine is Yehudit, who was the brave daughter of Yochanan the high priest and father of the Hasmonean family. (She was a Macabee!)

The town of Bethulia, in the land of Judea, came under siege by Holofernes, a mighty Syrian-Greek general, at the head of a huge army.

Long story short; Yehudit went to this general with a basket of salty cheese and aged wine. He drank plenty of wine after she fed him the salty cheese. He got so drunk that he passed out. Yehudit drew his own sword and chopped off his head. The huge panic in the Syrian-Greek army camp caused them to flee saving the city of Bethulia and all its inhabitants.

This Minifigure with basket of a wine bottle and cheese are all brand new genuine LEGO® brand parts. We have assembled them together as you see in the image and placed them into a nice display tube with card. Printed parts are all original LEGO® elements.

Don't dump this in with the rest of your LEGO. This will be hard to replace. First come, first serve!

Sold out
Add to Cart